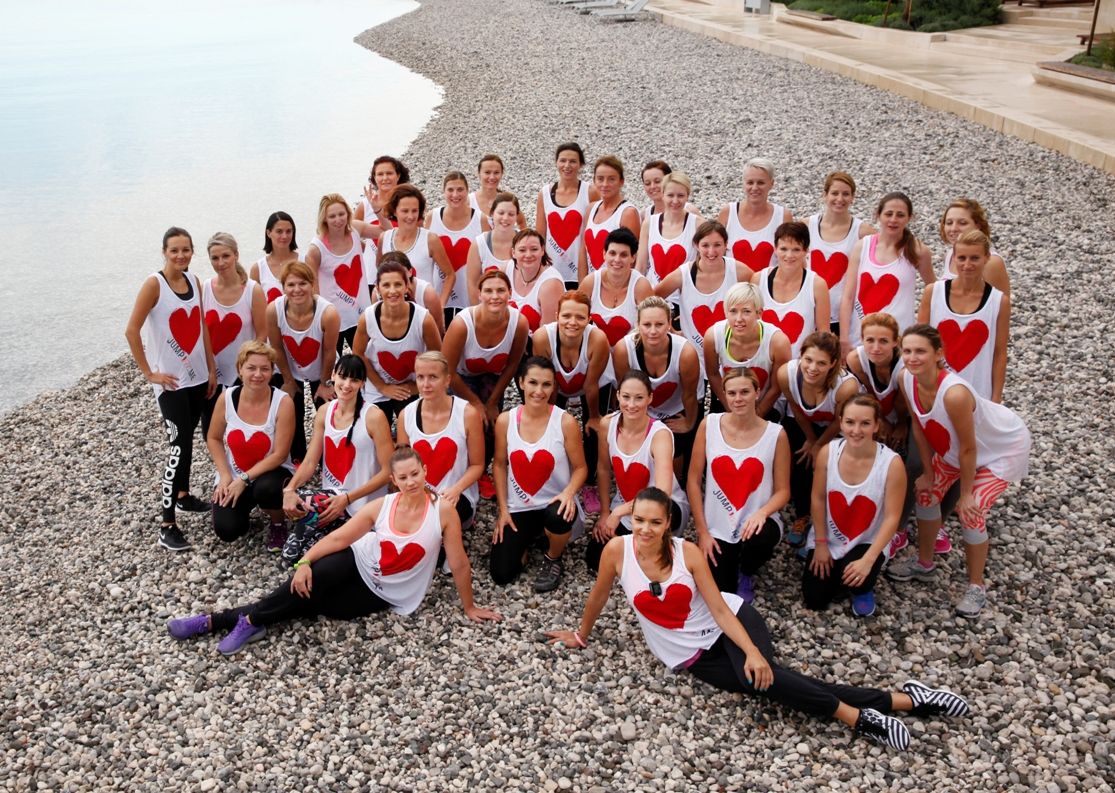 The Ladies’ Weekend Retreat was started in 2013 in the traditional Slovenian Spa centre Dobrna and was attended by 16 female participants. Due to the success of the event and the participants’ positive feedback, the event was repeated with 42 participants the following year at the 4* Rimske Terme Resort in Slovenia. Due to another successful event and more positive responses, we decided to alter the natural surroundings and its respective experiences, and move the 2015 event to the seaside. That event took place in the 5* Design hotel Lone in Rovinj, Croatian Istria and attended by 130 women. Since then, the event is traditionally held in October and took place at another beautiful Design hotel, the 5* Falkensteiner Hotel&Spa Iadera in Zadar, Croatia, and has seen 140 attendees each year. This October, the 2018 edition of the event will return to the Croatian Istria and will be held at the classy 5* Kempinsky Adriatic Hotel. The Brand of this yearly retreat is the known Slovenian influencer Alenka Košir, that has a Facebook presence of over 61000 followers and was named as one of the top 15 Slovenian social media influencers in 2017 by the Slovene Finance magazine.

The standard itinerary of the event is that through nutrition lectures, wellness treatments, exercise and fashion/cosmetics/women’s health workshops, we immerse the participants into an extended weekend of relaxation, socialisation and fun, to help them relieve the stresses of their busy lives.

The predominant challenge in the organisation of such an event is to sufficiently motivate enough women, whose lives revolve around their jobs and families, to gather the courage and find the time to take a weekend away from their busy lives and learn about their own wellbeing.

Further, the long-term challenge that we have tasked ourselves with, is to offer this Retreat not only to women in Slovenia and Croatia, but to successfully expand our clientele across Europe.

Based on a standardised itinerary, we offer a variety of events and experiences that differs from year to year. Renowned lecturers and quality programmes attest to the creativity of the organisational approach, which guarantees a successful event each year with an increasing number of participants and ever better sponsorship collaborations.

The first edition of a Ladies’ weekend retreat in 2013 showed us that the Slovene market for such a clientele does not exist, but the overly positive feedback and an increasing number of participants had proven that the contemporary woman is receptive to such opportunities and despite the proliferation of similar events in recent years, ours has shown to be without competition.

Following the early editions’ successes, we have decided to expand the event both in ambition and quality with each successive year. We are careful and strategic in the selection of the location of the events, the lecturers and the wellness and spa treatments on offer to our clients.

The first edition of the event in 2013 was attended by 16 women, which has increased to 140 for the past two consecutive years, which attests to the popularity and success of the event organisation. This has yielded a turnover of approximately 45000EUR in 2017, for example.

The event utilises contemporary communication devices in the form of social media (predominantly Facebook), newsletters and our webpage.

We strive to collaborate with sponsors and event locations that pursue ethical and ecological philosophies.