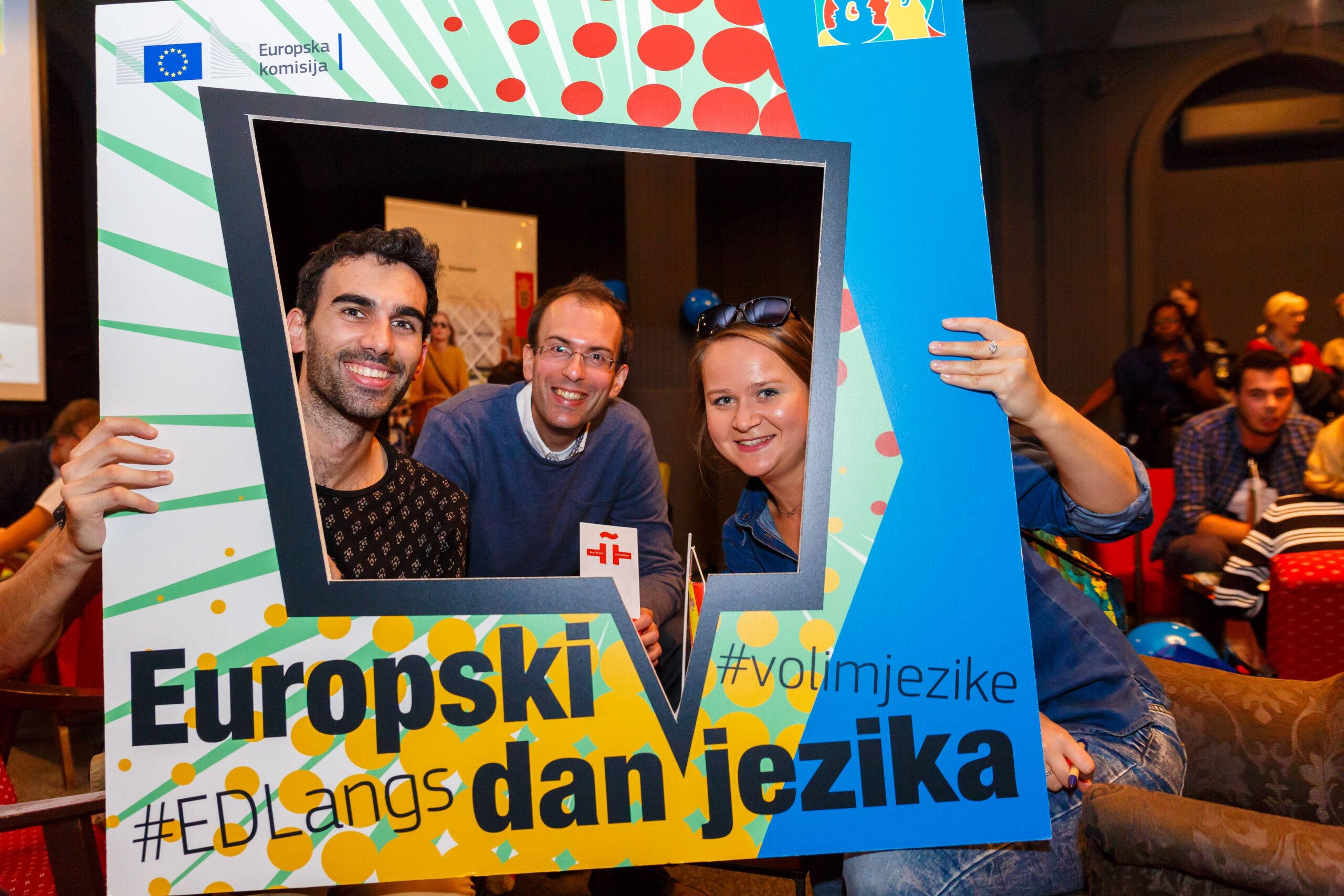 The event was marking the European Day of languages. The objective was to provide citizens with an introduction to various european languages and try a simple conversation in non-native tongue. The goal was to popularize language wealth of European Union and motivate citizens to try conversing in smaller languages, and to try at least 3 of them.

Language professors helped visitors, during waiting on their turn, to network with other visitors, and served as language animators, in order to introduce visitors to language basics, and to distribute promotional materials. A prize winning game encouraged visitors to apply for at least 3 languages, in order to participate in the prize draw – foriegn language courses, books or online language course, and similar.

The organizational challenge was how to provide a number of citizens to apply on the spot, and also provide partial booking in advance.

An additional challenge was time limit of three hours, due to limited attention and time provided by native language speakers. These were mostly not professional linguists or professors, but employees of respective Embassies. Therefore, the key decision was to select a very short form: “speak dating”, as the appropriate response to these challenges, and online advertising campaign ensured all available online slots for speak dating were booked in advance.

In order to enable as many visitors as possible to get a taste of multiple foreign languages within short period of time, we decided to use Speak dating concept. Based on Speed dating concept, instead of longer 45 minute lesson for multiple participants (a method we used in previous years), this time citizens applied for 10 minute one-on-one lesson with a native speaker. Additional creative benefit: in order to create a video invitation to the event, we asked 20 Embassy employees to translate “Speak dating” to their language. The results were surprisingly humorous and creative!

In order to motivate participants to try out “small” languages, we provided them with an opportunity to win prizes – language courses and books. If they wanted to participate in the draw, they needed to complete at least 3 language Speak dates, and get a receipt from respective professors.

Promo team was placed in front of the venue to attract the passers by. Venue was divided in two spaces: lobby and speak dating room. Lobby was used for registration, placement of language corners, distribution of promo materials of European Union, Embassies and partners and also for prize draw ceremony. Visitors could “warm-up” for their language lesson by conversation in language corners, and also lobby provided easily accessible space for speak dating lesson for disabled people.

Efficient online ads campaign ensured all the available time slots were booked within days. We used Facebook and Google ads. We have recorded video invitation to the event in various languages – spoken by the actual native speakers who were hosting the speak dates. Most participants of the event were young people and they heard about the event online. It proved the initial hypothesis of online/mobile being the most important and approved our audience segmentation.

Popularization of language wealth of European Union is possible within modest resources. Outstanding results have encourage the organizer to use the same Speak dating model in 2018.