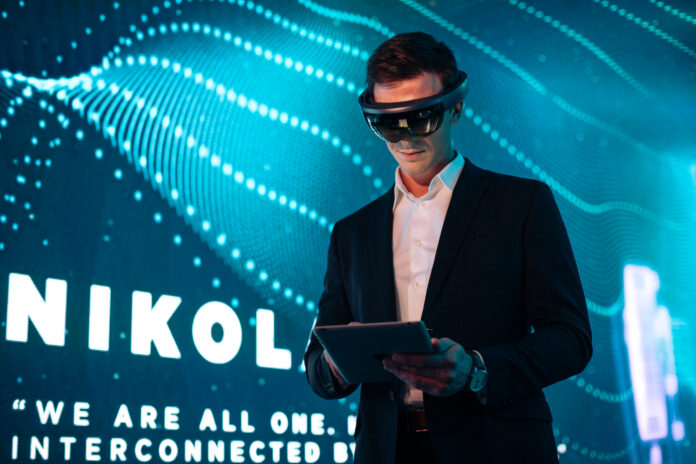 The Fourth China-CEEC (17+1) Conference on Innovation Cooperation was held in Belgrade on October 8-9, 2019. The conference hosted the highest state and business representatives, as well as a startup community, students and media representatives from all the participating countries. It was held in the premises of the Belgrade Fair – completely redecorated for this purpose.

The kick-off was marked by a scenic visual grand opening that was initiated with dynamic animation as an introduction to a dance performance, produced especially for the conference. The performance was inspired by the conference theme and it was based on the interaction of the dancers with video wall animations and lasers. This event, 4th in the series of China’s Belt and Road initiative, was dedicated to further promote business and investment relations between China and 17 countries. The event had two parallel streams. The first, open for all participants was held in the Main Hall, where the biggest experts in the industry shared their professional knowledge and experience through presentations and discussion panels. At the two-day conference, six-panel discussions were held in which the directors of the world’s largest companies, state institutions, and educational institutions from mostly China and Serbia. The second, the Ministerial Conference was attended by the ministers for innovation, economy, industry, and trade from 18 countries.

The key challenged of the event was setting new standards for the organization of conferences within the Road and Belt initiative. The task was to create an event that correlates with the innovation theme and demonstrates top-notch practices in terms of event production. The venue had to be built from scratch with great care towards diplomatic and security protocols and custom solutions. Both parts of the event were executed simultaneously, thus the workforce in the organization had to be doubled.

We were given a completely plain venue to express all the rushing creativity related to the theme. Finally, a concrete shell was transformed into an aesthetically and technologically advanced space, segmented into various visually appealing zones. The central zone was the Main Hall where the conference program was held and other zones were intended for project pitching presentations, B2B meetings, and participants booths. Also, one separate zone of the venue was dedicated to the Ministerial Conference that had to answer all the diplomatic and security protocols. The Main Hall was opened by an interactive video and animation content along with the original dancing performance on a 25m wide stage that was backed by 130 sqm LED screen.

Even though The Fourth China-CEEC Conference emphasized cooperation on innovation, development, and politics, the event had a significant educational and entertaining role for all the visitors. Particular interest was shown in the exhibition “Stargazers. People who reinvented the world” that was made up of an immersive digital tunnel, introducing great Serbian scientists in a futuristic setting, VR “experience Tesla”, an interactive robot in the character of Nikola Tesla, Pupin’s personal items and Milankovic’s model of the Earth’s revolution.

The event was very demanding in terms of venue adaptation and technical preparation. Complete event organization took more than three months, starting from the introductory meetings, concept creation to implementation and execution. The general concept was designed based on the program structure, and additional contents were determined once the conference agenda was adopted. The final part of the production started 15 days before the event. It was developed a detailed assembly and logistics plan due to security procedures referring to location access since the event represented one of the highest diplomatic conferences of the year.

The event served as a place for exchanging ideas, methods, and practices, but it also enabled connecting businesses from China and CEE. The conference hosted over 300 members of the Chinese delegation, business stakeholders from 17 countries, and more than 400 university students were given the opportunity to experience first-hand incoming innovations. Also, it acted as a platform for local businesses to interact and connect with China business enterprises. More than 40 startups found themselves in the big business framework. Media exposure in all participant countries was enormous and the event was regarded in daily news as the prime media event, before, during, and in the days after the event. More than 2000 participants shared their experience via social networks, mostly reporting about the “Stargazers. People who reinvented the World” exhibition.

The conference was the main media event in all participant countries during those three days. Media exposure lasted from a couple of days before and after the conference. It was regarded in daily news as the prime media event.

During the conference, due to the Government’s practices in minimizing an impact on the environment, great care was taken in order to reduce the use of environmentally non-friendly materials. We have minimized all printed materials and instead of printing, most of the content was digitalized and online. The conference agenda and brochures were presented via a mobile app that was delivered to all registered participants prior to the event. Users were given thorough content regarding the timeline, speakers, presentations, and the application enabled participants to schedule B2B meetings and chat with other users. It was established more than 240 m2 of LED screens, LED roll-ups, and where printing was inevitable, we used textiles instead of PVC materials. In the catering area, the conference was equipped with biodegradable dishes and cups, except for the Ministerial conference where all the dishes used were made of glass and porcelain. Also, one segment of the conference was dedicated to Biotech and Smart Cities aiming to strengthen the use of technology in business in order to reduce the level of noise and CO2 emission.