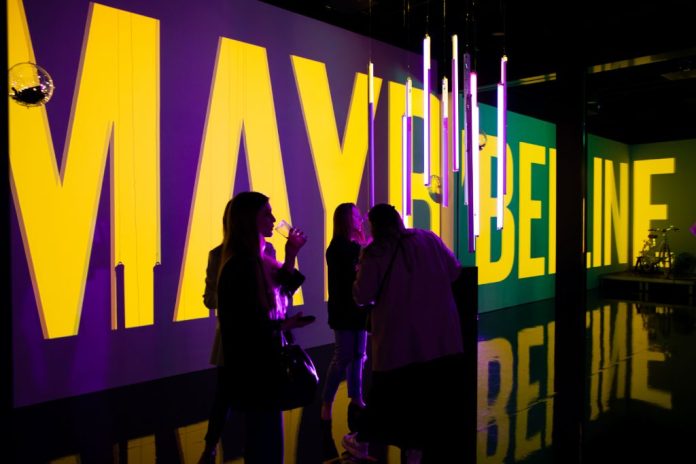 Our overarching goal was to restore Maybelline New York’s image as an exciting brand whose product innovations are associated with New York trends, makeup expertise and innovative solutions. We wanted to show the brand and the 2022 product innovations in their natural environment. We focused on creating a space in the center of Warsaw that would take our consumers on a walk to New York and allow them to feel what Maybelline New York really is Here and Now! This is how the idea of Maybelline New York Stories was born! A long-lasting multi-channel platform that brings New York vibe, makeup expertise and modern digital solutions. And all this to the rhythm of music close to the Millenials and Gen Z generations. By creatively combining these elements, Maybelline New York has reconnected with consumers by presenting itself as a cool brand, in tune with the latest trends.

We defined two challenges – a business challenge on the one hand, and a communication challenge on the other. The business challenge was a brand offering that was becoming less and less exciting to Millenials and not reaching Gen Z. Therefore, in 2020/2021, Maybelline New York began to lose penetration and market share. It was not appealing to the youngest and was recruiting too few new consumers. The communication challenge became the multitude of key messages needed to be told in a short period of time. Messages related to the DNA of the brand, the presentation of new products in this context and the introduction of the new face of the campaign and the new make-up artist.

The highlight of MNY Stories was a pop-up consumer event available free to all. The narrative was centered on the New York vibe, music, innovation and makeup – the brand’s DNA. A multi-dimensional, multimedia Maybelline New York Stories event was held May 11-13 at the hot new downtown space ART BOX EXPERIENCE at the Norblin Factory. The event engaged users in each of the spaces composed of physical installations integrated with 360 projections. Each of the 9 rooms was a different impression of New York and the product and conveyed the associated vibe. The final effect also included Bryska’s recital with a surprising setting – lifting screens and a special animation drawn for the concert. The installation gave visitors an unlimited opportunity to generate interesting and original content, which translated into such an impressive result in SM and traditional media.

The opening on May 11 was attended by more than 100 journalists and friends of the brand from major lifestyle editors and about 300 influencers, as well as Maybelline New York partners. A total of nearly 600 people. This thoughtful combination of pop-up form, artistic product installations, music and a modern multi-sensory space, accessible to consumers, allowed us to enter media where the brand was not previously visible, such as nationwide and student radio stations, event websites – waw4free, media people –  e.g. Pudelek, or urban media such as screens on ZTM buses (which are mainly used by the young generation Z), posters at the subway station next to ArtBox with a QR code (which linked to the event on Facebook), as well as the media of the Norblin Factory itself. In those two days, the interactive exhibition was visited by almost a thousand people, who published 454 posts and testimonials tagging the brand on Instragram.

such as nationwide Radio Eska, student Radio Kampus, event websites – waw4free, media people – Plotek, Pudelek, or urban media such as screens on ZTM buses (which are mainly used by the young generation Z), posters at the subway station next to ArtBox with a QR code (which linked to the event on Facebook), as well as the media of the Norblin Factory itself. In those two days, the interactive exhibition was visited by almost a thousand people, who published 454 posts and test