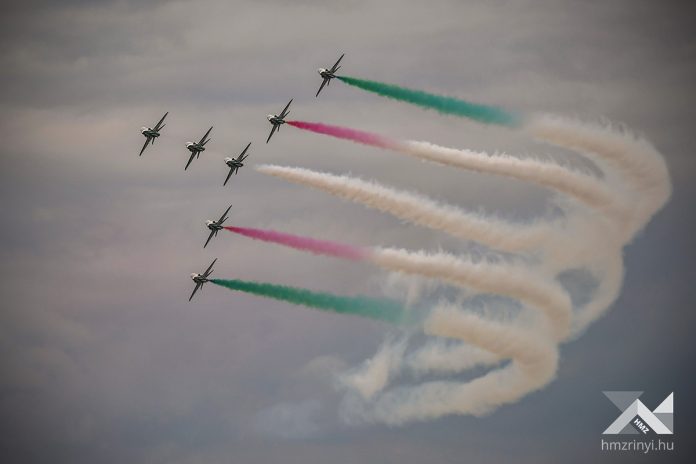 Impressive programs both in the air and on land proved that today’s Hungarian Armed Forces are already a modern, capable force, which not only has the most modern military equipment, but also excellently trained soldiers who handle them with great care, professionalism and patriotism.

At the prominent military event, thirty-five different types of aircraft from fifteen countries took to the air, but in the program of the International Aviation Day and Military Technology Exhibition, the land troops also marched in large numbers.

Twice a day, a melee demonstration was performed, during which the visitors could see a demonstration of self-defense and breaking techniques.

From the location of World of Tanks in Budapest, a continuous online broadcast of the gameplay was realized. At the location in Kecskemét, Antenna Hungária provided 2 live check-ins, with simultaneous broadcast and expert commentary on 12 LED screens.

On the flight day in Kecskemét, during the dynamic demonstration of the skills of the soldiers of Tata’s 25th György Klapka Rifle Brigade, those interested could see the Leopard 2A4 and T-72 tanks, as well as the BTR-80 and 80/A armored personnel carriers of the MH 5th István Bocskai Rifle Brigade.

The leaders of the Command of the Hungarian Defense Forces – dr. Led by Lt. Gen. Romulusz Ruszin-Szendi, commander, they jumped with a parachute on Saturday, August 28, in front of the audience of the International Aviation Day and Military Technology Exhibition.

A total of 68 aircraft from 15 nations participated. A total of 470 (foreign and Hungarian) professionals operated the flight techniques. The almost continuous, non-stop show programs were broadcast from the location by Zoltán Szujó, supplemented with exciting background and technical information.

All types of fixed-wing and rotary-wing aircraft of the Hungarian Armed Forces took part in the decorated flight following the opening of the International Aviation Day and Military Technology Exhibition. The passing of helicopters and airplanes was enhanced by the jumps of paratroopers. After that, the Hungarian dynamic program of the flight day continued with the demonstration of the capabilities of the air force. The JAS-39 Gripens of the Puma Squadron demonstrated how to intercept and force an airspace violation machine, which in this case was simulated by a Falcon F-7X, to land.

Demonstrations of the military’s air and land assets provided a real experience for young and old alike.

An all-army capability demonstration with the deployment of 17 vehicles and 6 aircraft with simulated bomb-dropping, raiding, ground and air deployment.