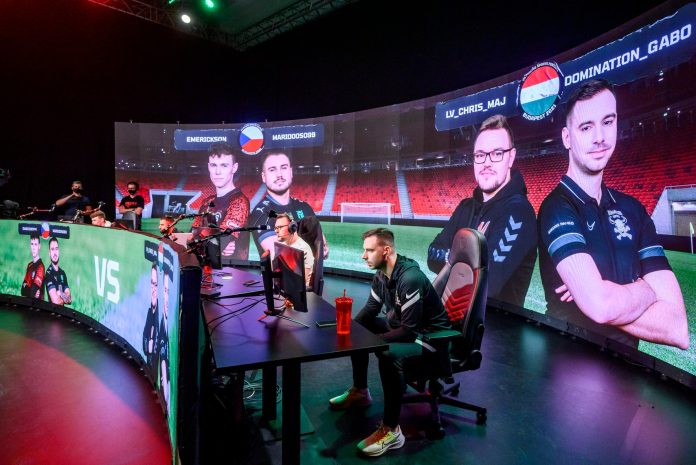 With the 2021 Online edition of the V4 Future Sports Festival, our aim was to deepen the socio-cultural relations of the Visegrad Four by ensuring the continuity of the competition in the special epidemic situation, to strengthen the common identity of the V4 among the video game audience, and also to use the possibility of conducting the event online beyond the V4 the inclusion of Balkan and Eastern European countries in the festival ecosystem.

Counter-Strike: Global Offensive is one of the most popular first-person-shooter, abbreviated FPS, an inside-out tactical action game.

8 teams will compete in the summer edition of the V4 Future Sports Festival Online, of which the first 4 teams will be automatically invited to the autumn offline event of the V4 Future Sports Festival. They will be joined by the teams nominated by the national e-sports associations of the V4 countries for the offline event (1-1 per country), thus creating a field of 12 for the autumn finale.

Prior to the on-site competitions, taking into account the previous results and the recognition and follower base in the given region, the pairs from the countries of the region go to the venue of the live final on an invitation basis. Two players are selected per area. From the participants of the V4 countries and V4 friendly countries, 1-1 player from each branch will enter the on-site finals per platform, so a total of 16 players will fight for the main prize. In FIFA 22. Players compete 2 against 2, and the rules are the same as in “traditional” sports. On the Playstation 5 platform, mixed doubles teams of professional players and influencers have to compete against each other.

The primary target audience of the event is Czech, Polish, Hungarian and Slovak users and active competitors of the planned e-sports games. Most of them are men, the largest proportion of them are adults who are open to technological innovations in addition to video game culture. In terms of his lifestyle, he is characterized by nocturnal activity, energy drinks and fast food can be found in his diet. He speaks a peculiar gamer slang, likes to play with his friends and visit offline events together.